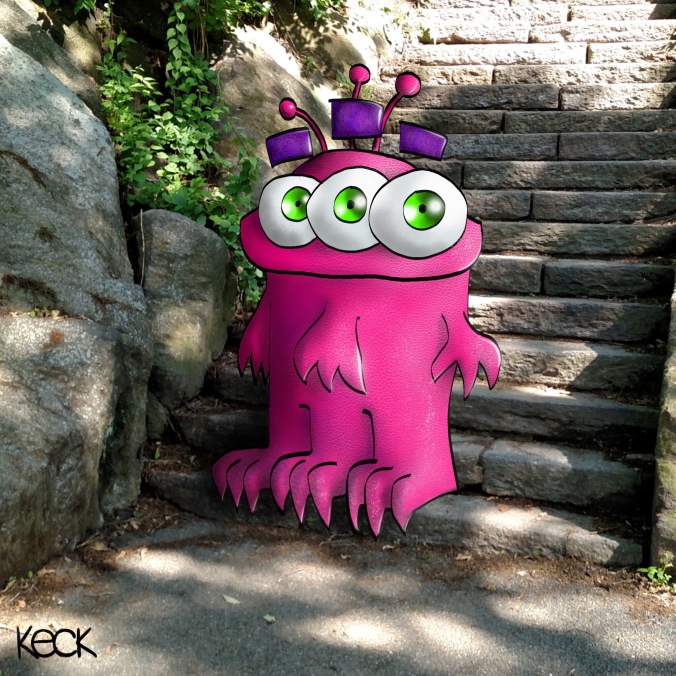 I’ve had a bit of surprise today.

It seems that Tor has changed its plans for my third book.

Originally, A King in Cobwebs, was meant to appear on its own next summer (July 2018, as I recall). And, I am afraid, it would have made a rather sheepish final entry in its trilogy, appearing several long years after books one and two were out of print.  (You might picture the book scuffling its toe in the dirt, afraid to meet the eye of other books).

It was, I should add, more than fair of the publishers. I had no cause to complain whatsoever.

Today, however, I learn that all three books are to be relaunched in 2018. There are even to be gorgeous new cover treatments (which must remain under wraps for the time being).

As of this writing, publication dates are set as follows:

I cannot help but feel that this gives my poor efforts a new chance to find an audience among those who love a little harrowing medieval fun. 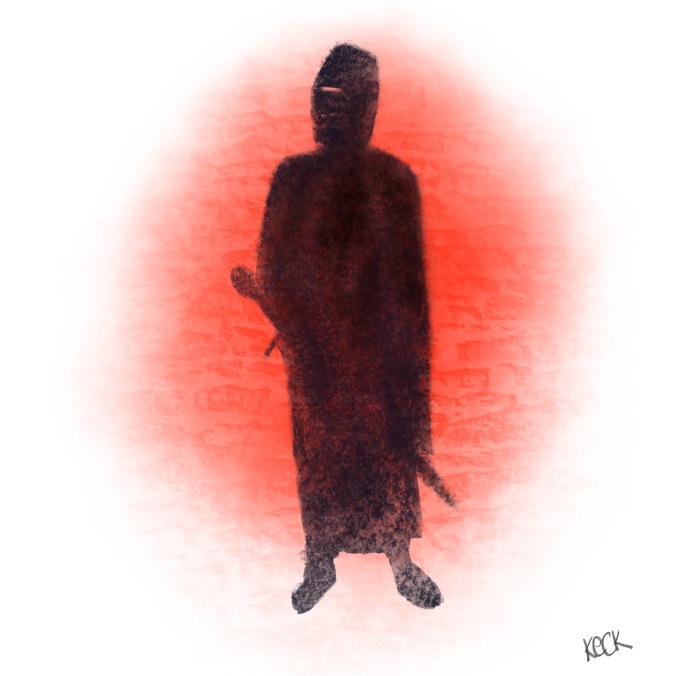 I have a little news to share: We have a pub date!

As any under-the-radar writer will tell you, a book needs a lot of help if it’s to find an audience. (This one will need a nudge from each and every one of you).

I will confess that the book took a while for me to put together.  It has always been challenging for me to write around a full-time job, and as I worked on this particular project, my wife and I started a family. Time vanished.

The book was a labour of love (and bloody mindedness), but I suspect most books are. 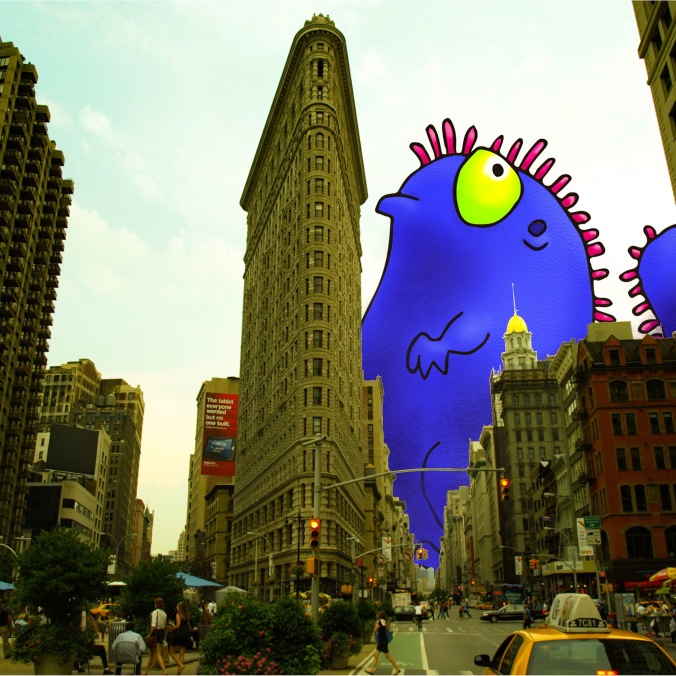 My third book, A King in Cobwebs, has come through a brief back-and-forth of the editing process over at Tor, and is now finding its place in the future plans of that illustrious publishing house.

Details will follow soon enough, but a cheque appeared in my mailbox this afternoon (hot on the heals of a rather alarming estimate from my local transmission shop).

In the meantime, I may have to think about a new author photo. The old one isn’t exactly an accurate representation of yours truly anymore…. 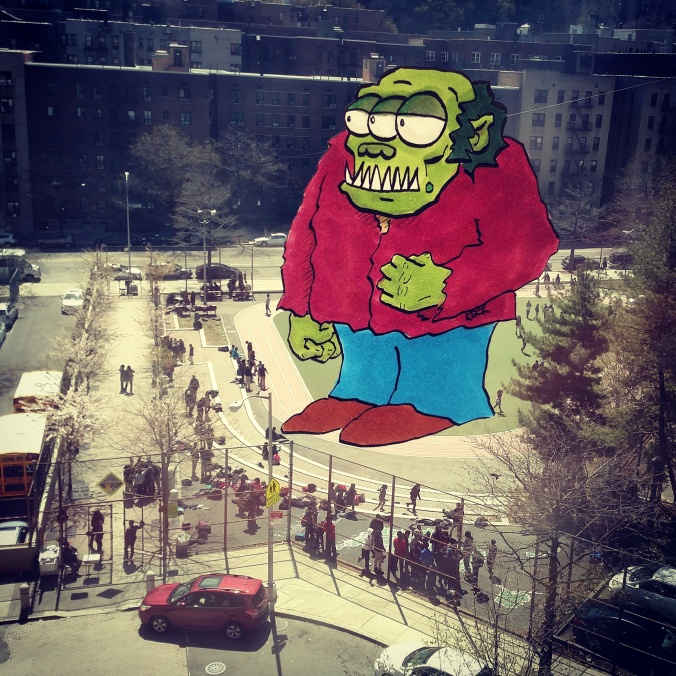 Book three is in!

The third novel, chronicling the story of Durand Col, is now in the capable hands of the gang at Tor.

As you likely know, the wheels of publishing turn slowly, but I’ll have updates soon.

This weekend, we’re heading off to the possibly magical land of Missoula Montana for MisCon 29 where my daughter is looking forward to making a tornado in a jar, building her own minion and creating a sock puppet. (She’s really excited).

We’re quite grateful to be going. My lovely wife is guest of honor (along with her author Terry Brooks and John Picacio, both of whom are quite ridiculously nice guys), and the convention organizers have volunteered to pitch in and help with transportation costs to get our whole little clan to Montana.

There seems to be niceness in abundance.

Me? I’m looking forward to playing writer, meeting a some nifty people, and reconnecting with at least one old friend. It might also be nice to see a few unpaved spaces. (It’s been a season or two since I’ve seen the great outdoors).

The organizers have kindly popped me on a panel or two, and I’ll do my best to bring something to the conversations. (Odds are that I’ll be the only one who knows my work in any given conference room these days). 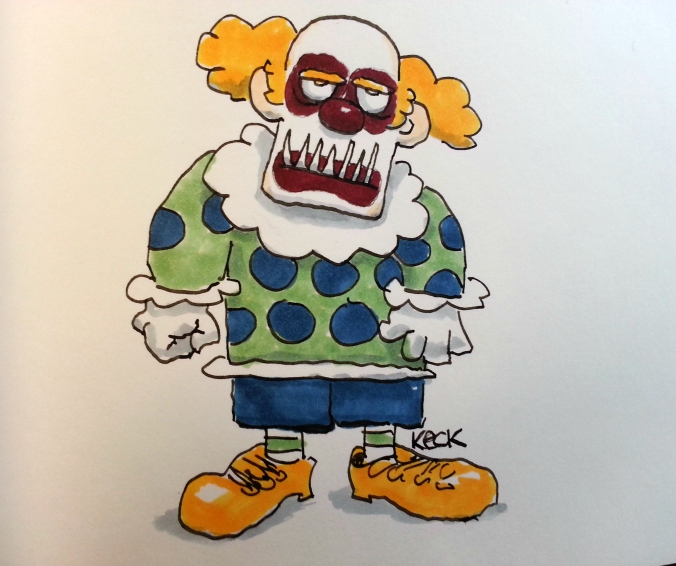 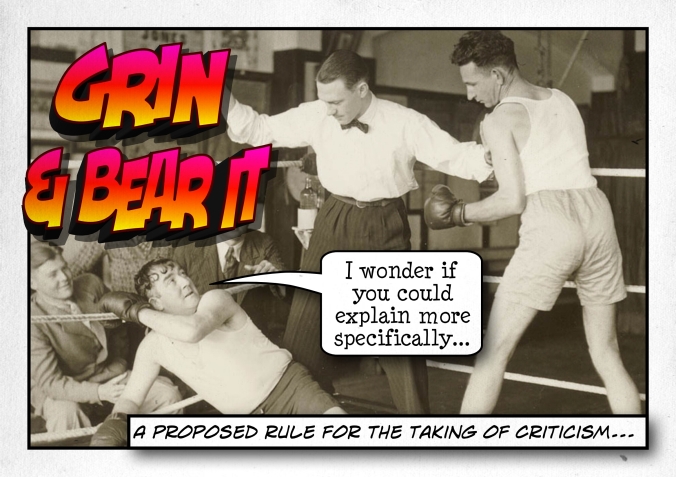 Your author may be wrong, but it seems to him that any attempt to defend oneself against criticism in a writer’s group is both ill advised and doomed to fail.

Your Mum is an Idiot

When you hand your shining new story over to a workshop, editor, beta reader, spouse or mum, you may feel a natural tendency to defend what you’ve written.

I have come to suspect that these entirely natural responses are to be rigorously suppressed — because they are quite possibly wrong.

The State of Being: “To Be” or Not “To Have” a Case in Point

I remember a time when beloved fantasy author and one-time writer’s group-mate who shall remain nameless (Steven Erikson) expressed the feeling that I had overdone the passive voice.

Well! I looked closely at the text. I ran the style software over the thing, and I discovered that he was wrong. Wrong! I had not used the passive voice. Never! The fool! (The passive voice is not frequently used by yours truly). I felt vindicated — but I was fundamentally wrong. You see, while the writing wasn’t technically in the passive voice, I had chosen to avoid active verbs every time I could. He was there. She was that. They were boring, boring, boring.

Steve’s reaction? It was worth listening to.

Every reader’s reaction is information — and information can sometimes be quite useful. (Not always, mind you).

It was my mum who asked, “Don’t these fantasy novels sometimes have women in them?” (The fool). And, while I had a perfectly reasonable explanation for the sausage fest I’d written, I also had to admit that she might have had a point. (Many rewrites later, I’d put in a girl — the third book has three!).

If you want a story to get better, you need to must learn to take a punch. (And respond after careful consideration alone at your keyboard).

Everything anyone says to you in a writer’s workshop (or anything said by a beta reader or mother or spouse) is information. You cannot argue someone out of their reaction. (That horse has already sailed). Ignore the information or not, it’s information.

I have given myself permission to nod understandingly and to ask few unloaded just-clarifying questions (such pain!).

But, once I have gathered the information, then, (after the fits of Faulty Towers clenched-fist rage at the unfairness of such things) I decide what to I must do next…

(You must, of course, make up your own mind). 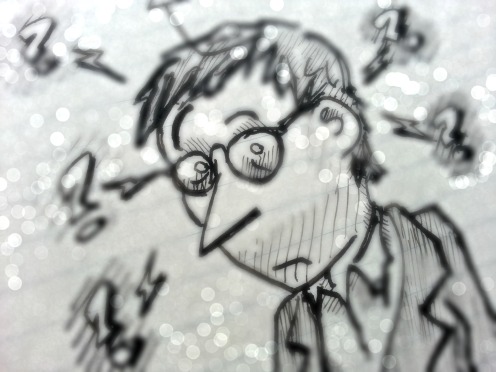 From moment to moment, everything is forgotten. I think. (What was I saying?)

It’s not uncommon for writer-types to advocate the carrying of notebooks. Ideas, though they may seem as ineffable as the pyramids of Giza, are effing evanescent. (There’s a line for you!)

I’m clever enough to know that I am often interrupted in my attempts to pen the perfect novel. (I’ll be right in the flow of things when two parent-teacher conferences and a bit of emergency dentistry will pop up and knock the flow off track — what was it doing on the track in the first place?). You would think people would give me a nice smooth two-year patch so that I could finish the job, but do they? (They do not).

So, I write notes. (Sometimes quite dutifully).

In this case, I wrote the following sentence: “The Lady of the Bower gets to the point where she realizes who Durand is — but I’m thinking she……………………”

The dots (above) represent the moment when someone walked in. It was only a moment. But, when I looked back at my page — pen still poised — I couldn’t, for the life of me, remember what, exactly, it was that she…………. And I still haven’t.

Amatuer students of psychology (with the same possibly-crucially outdated understanding of the field as myself) will recognize the oft-cited George A. Miller’s Seven Plus or Minus Two. I will include a reference to the relevant, ancient study (and not the Wikipedia article where I found it — a guy must have some pride).

For our purposes, it must suffice to say that the little jugglers of our minds can only keep so many big, jagged thoughts in the air at the same time before they lose a finger. And clearly, my little jugglers dropped one. (And I bet it was going to be good, too!)

At this point, I feel that there ought to be some sort of conclusion to this piece — something uplifted about how there are always more, better ideas. What care I for the transitory motivations of fictional persons?

But I had my pen right there! It was poised! 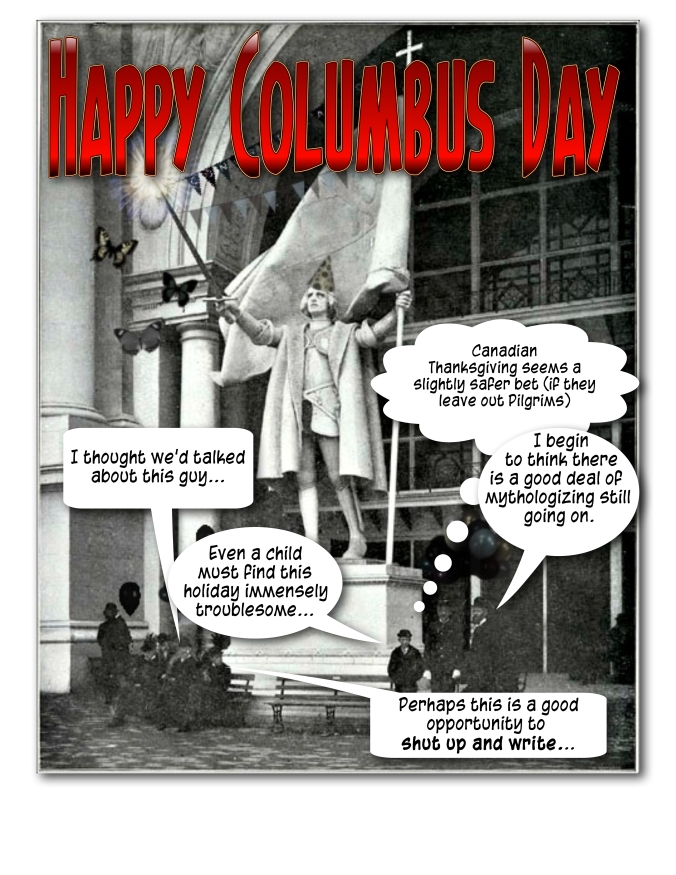 Keeping the writing warm (on those ever-important back burners of the mind) is a toughy during the school year. Teaching is a busy job that, if done reasonably well, involves a considerable part of a person’s creativity. Still, if that person wants to finish a book, writing must get done.

This year, I am wrestling with the problem in a more bloody-minded way than I have for several years. (The logistics of having a school-age child are getting complicated. Apparently, being somebody’s dad seems to require a little time and attention. Who knew?) I have written on family trips, in a McDonalds on the way to work, and today….

About today. Today, my daughter is in “camp”. The day cost $55. The daughter has a bit of a cough. There will be swimming. It’s probably nothing; she looked a little peaked as I sent her off. (Her friends called her name when she arrived. That’s good, right?)

I am revising page 525 and posting this nonsense on a blog.

(There may be guilt). 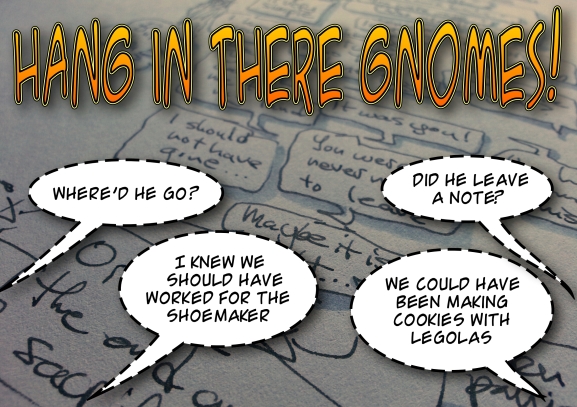 The author mentions the gnomes of his unconscious mind.

Since my last report, I’ve been plugging away in stolen moments. (The best ones seem to be on the weekend– though there is a price to pay for holing up with a keyboard on a family outing while one’s wife entertains one’s five-year-old on a rainy day).

As time gets harder to come by (with the planning and marking and deadlines of a teaching day job crowding things out), I find that the toughest thing is to keep the book clear in my mind so that I know what the next steps were meant to be and what the current puzzles are.

We have all had moments where we’ve been stuck on a problem only to have a light bulb moment in the shower or the grocery store or some other place nowhere near a desk. We fill our minds with our work and then find that the ingenious gnomes who populate the unconscious corners of our minds are working through the night.

My current challenge is keeping my head full and the gnomes gainfully employed.

PS: The book is tight to page 504 and we’re in the midst of the most muddled.